Black Santa Shot While Giving Out Gifts To The Kids (VIDEO) 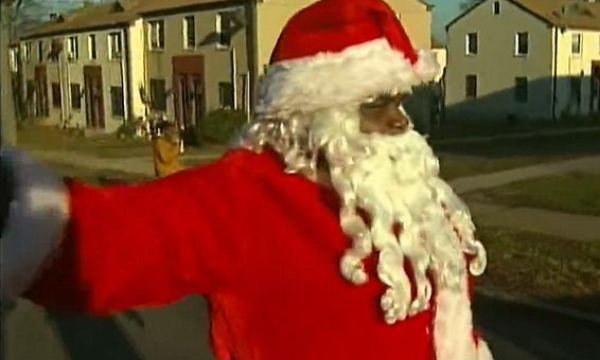 A man dressed in a Santa Claus suit was shot in the back with a pellet gun Tuesday morning at a toy giveaway in DC.

According to an ABC7 photographer who was interviewing the victim at the time of the shooting, the man in the full Saint Nick costume was hit in his upper back. He was transported to a nearby hospital with the pellet still lodged in his shoulder.

Witnesses report hearing two shots. Police believe they came from a second story window in a nearby building.

“Santa” wanted to continue giving away presents, but paramedics insisted he be transported to the hospital. He is expected to be OK and make a full recovery.

According to reports the toy giveaway did go on. A man playing the Grinch stepped in to help.

Watch the whole thing go down in the video below.