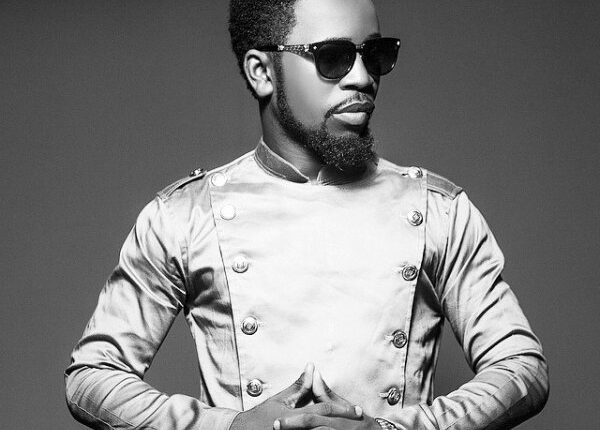 Bisa Kdei was described as “ungrateful” by film-maker Socrates Sarfo and quite expected of the artist, he has debunked the allegation.

Last Sunday, Bisa Kdei was on Pluzz 89.9 FM for his album review and to promote the current music video which features Paa Quesi titled Atomesu. The show had an interesting twist when Socrate Safo accused Bisa Kdei of being ungrateful to movie producers ever since the singer found fame.

Bisa Kdei has responded to Socrate Safo in an Interview on Kumasi-based radio, Luv FM. Here is a transcript of the interview:

Have you heard the issue circulating between you and Socrate Safo? And how did it all start?

Yes i am aware. Truth is, I was on one of the radio stations trying to promote my new video titled ATOMESU and also to review my album I released in 2012, and while we were reviewing the album, Socrate hopped in and said that am not appreciating what the producers have done for me. It’s never true because the main reason why I even did the Thanksgiving album is to thank all those who supported my career, and this includes all the movie producers i worked with. Socrate Safo knew all that so he told me the album launch organized for them is not enough to show my appreciation.

Another thing is, on the day of my album launch, i officially invited all the movie producers I’ve worked with to come around but just a few number turned up but that didn’t stop the appreciation i wanted to give them so with the few number who were present, I acknowledged them for what they did for me.

How is your relationship with Socrate Safo?

Socrate is one of the producers I’ve used his studio several times to work for other producers but Socrate and I have never worked.

Do you do free movie sound tracks for producers?

It isnt free as in free but the price i take to record a song is even more than what i take from these producers so in other words, I can say it’s for free – and i am saying this because, for me to write a movie sound track, record the song in my own studio, master it and make all the final amendments, then i think if we should call a spade a spade, I am giving them free services.

Do you go begging movie producers to record a sound track for them?

Socrate said my songs never helped the movie producers. That i came begging them for a song. It’s not true; I have a studio so i record for them myself. I don’t beg them and because of the good work I’ve been doing, they come all the time. A.A is the movie producer behind my success. If Socrate Safo is saying i am being ungrateful then some of these movie producers are being ungrateful to me as well since they used my song to sell their movie without giving me any royalty. We know but we kept quiet because we do what we are doing for the love and passion we have for it, not always about the money

Do you now charge them huge amounts?

Well, Bisa Kdei is a brand now and if you are behind TV and all you hear all the time is Bisa, Bisa, Bisa, then obviously you are going to get bored so what I do is, I tell them i can write the song for them with no cost, so that they let someone work on it and come out as well. All i am I am trying to do is to create an opportunity for another potentially talented person who happens to be underground. My fans are even going to get angry and bored to be seeing Bisa Kdei do a song for just any movie.

Any message for your fans?

I want to tell my fans to ignore anything they hear about me because i am not ungrateful. I appreciate everyone who has a part in my success and all what Socrate is doing is an attempt to defame my brand. He is a liar.

The man behind the mask, Anumaa drops “Beautiful” featuring Fresh Prince of 4×4