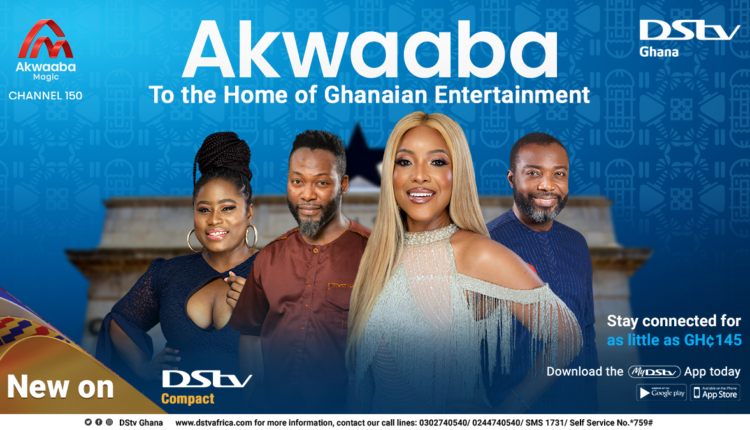 Great news, you can now binge-watch your favourite local series from Akwaaba Magic on Showmax with new episodes coming to you weekly and at the same time as they air on TV.

Here is a list of three brand-new shows you can now watch on Showmax.

An Akwaaba Original, this telenovela tells the story of the titular Dede (Adomaa Adjeman), a naïve rural girl, whose big dreams are cut short when she’s deceived and “sold off” by her stepmother to work as a domestic help in the home of the Robertson’s – a complicated wealthy family. Eventually, she falls for Michael, the youngest Robertson son (Dean Amegashie), and so begins a star-crossed romance that is determined to survive against all odds.

Dede also stars Joselyn Dumas (Shampaign, Love or Something Like That) as Dede’s stepmother Felicity, Adjetey Anang (Cartel: The Genesis, Citation) as Dede’s father, Anita Erskine as the no-nonsense matriarch of the Robertson household and James Gardiner as Robertson’s eldest conniving son.

Dede is directed and produced by award-winning Ghanaian filmmaker Shirley Frimpong-Manso (Love or Something Like That, Shampaign), with Ken Attoh (Devil in the Detail, Potomanto) also co-producing.

New episodes of Dede drop on Showmax at the same time as they air on Akwaaba Magic, daily Mondays to Fridays. Plus, binge-watch Dede from the beginning only on Showmax.

This Akwaaba Original which is an adaptation of South Africa’s The Housekeepers tells the story of Soraya (Bless Fortune), a beautiful young lady who cuts short her national service to fight for justice for her mother who has been framed for a murder she did not commit.

Determined to take the law into her own hands even if her own life depends on it, Soraya enters the lives of the powerful Lartey family as a housekeeper. But once inside, she realises there’s more than meets the eye for these people highly revered by society. How far is Soraya willing to go to make sure justice is served?

Watch the latest episodes of Inside Out every Wednesday and Thursday on Showmax at the same time it airs on Akwaaba Magic.

Another Akwaaba Original coming express to Showmax, Sankofa is a 30-minute dating and romance reality show designed to fix relationships and kickstart couples into getting back the one that got away. With the help of the host, Michael Katahena, as well as experts, this show will highlight the reasons why people break up with a partner as well as the extent that the repentant lover is willing to go to win back their love.

Sankofa aims to celebrate love while helping individuals root for second chances from cupid. Watch the latest episodes every Saturday on Showmax at the same time as it airs on Akwaaba Magic.

Showmax starts from as little as GHC 22.99 per month: For more information: https://www.showmax.com/eng/welcome/

R.Tay Leads The Charge For Afrobeats From Kumerica With ‘Kumi Preko’