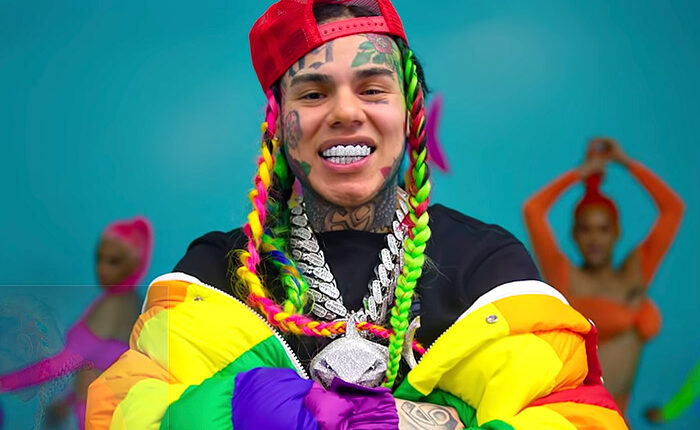 Billboard has responded to manipulation charges levelled against them by Gooba hitmaker Tekashi 6ix9ine.

The rapper who  released his first since  his release from prison last month in a video  accused Billboard of playing in the favour of other artists making it impossible for hardworking musicians to gain the number one spot.

The video shows 6ix9ine scrolling through an unidentified chart forecasting site on his phone, and noticing that “Stuck With U” jumped from No. 5 to No. 1 over night.

However, in an article titled “How Billboard Came to Its Calculations in This Week’s Race For the Hot 100 No. 1,” the Billboard staff detail their process for determining the Hot 100 chart. “In the interest of transparency, Billboard wanted to clear up the Hot 100’s chart rules and tabulation process, the calculations that go into the determinations of its final rankings, and the stats accumulated by the two singles that marked this week’s highest debuts,” Billboard wrote.

They went on to specifically address every accusation made by 6ix9ine in his social media posts.

Billboard clarified that the discrepancy between YouTube’s visible number of plays for “GOOBA” include global plays, while Billboard only counts U.S.-based plays for its charts.

In response to the Hot 100 forecast 6ix9ine referenced in his Instagram video, Billboard wrote:

The chart forecast referenced was not created nor provided by Billboard to the industry. Those with access to sales, streaming and radio data from various sources often create their own chart models and update them at their own frequency. Billboard does not distribute any Hot 100 ranking forecast to labels, management or artists.

They also addressed the late 24-hour sales spike for “Stuck With U,” stating:

“Stuck With U” was available to purchase through the week as a digital download, as well as in various physical format/digital download combinations through Ariana Grande and Justin Bieber’s webstores. The sales spike is likely referring to sales on Thursday, May 14—the final day of the tracking week—when signed “Stuck With U” singles were put up for sale in Grande and Bieber’s webstores.

A signed single or album is an accepted form of sales available to any artist and has been noted repeatedly within Billboard chart stories when such items have impacted the Hot 100. 6ix9ine, meanwhile, released a non-signed CD single/digital download on the last day of the tracking week via his webstore.

Regarding 6ix9ine’s claims that “six credit cards” were responsible for a large percentage of the “Stuck With U” sales, Billboard  writes:

Billboard and Nielsen Music/MRC Data conducts audits on all sales reported with access to purchase-level detail, and works with data partners to recognize excessive bulk purchases and remove those units from the final sales total. All titles this week, as in every week, were put under the same scrutiny. (Billboard has reached out to Fame House/Bravado, retailer and reporter of director-to-consumer sales, for further comment about the sales data provided for “Stuck With U.”)