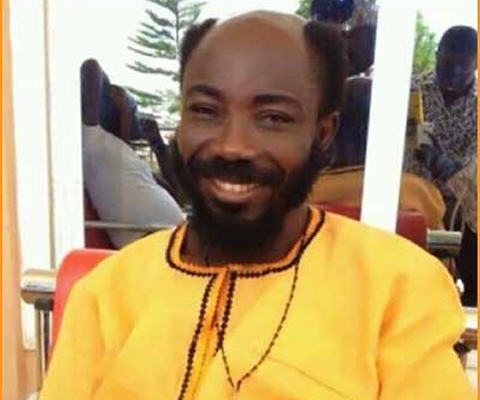 In a typical Ghanaian society where individuals with autism are maligned and relegated to the back even by close family and associates, the least you expect an actor who somehow finds himself on TV as presenter to do is deepen the woes of persons with autism and further drive people away from them.


Why this bother? For the past hours, I’ve sat back watching and wondering how on earth any human being in the right senses would unleash such venom in describing a”wife” with autism. In fact, wife a colleague actor in live TV.

Sorry, if you are still not catching it. Let take you to the story.

The past week saw social media and a number of Ghanaian blogs flooded with wedding pictures of Ghanaian actor Justice Hymns popularly known as Mmebusem and his “wife” Abena Boatemaa. The pictures were met with several commentaries as many believed they were unreal and perhaps scenes from an upcoming movie.

As to why people doubt the pictures could be from a real wedding, I can only lay a finger on a few based on comments passed on social media. People believed it was just not “right” for a clearly sane and handsome gentleman like Mmebusem to marry and “insane” or perhaps cursed lady.

A number of people shared the pictures with sarcastic captions such as “true love”, bla bla bla.

Well, fast forward my interest does not lie in the verity or otherwise of the wedding/marriage ceremony but the disparity and how society, especially, the Ghanaian tends to disregard individuals with aitism.

Although I had sat quietly in corner thinking about it, I was forced to push this up when Kumawood actor Big Akwes on Royal TV terribly described the “wife” of the actor and alleged the lady as a cursed one (yeah, a very ignorant and stereotyped Ghanaian). He also described her as a cheap product only worth of marriage because of the benefits the actor will enjoy.

In the 5mins 35 seconds video, Big Akwes makes mockery of both the newly “married couple” and goes ahead to describe the patient as one with a terrible face, mouth. IN his words, he says “what a wife?”.

This makes me want to puke and I ask does an actor and television personality who is supposed to be well informed so as to educate the society go this way to affirm people’s ignorant perceptions about autism?

Well, in a society where no one is ready to crack the whip and get the junk off our media space but prefer to sit back and laugh at anything, this exactly what happens.

I wish the various Autism Awareness Centers in Ghana and the right authorities would condemn the utterances of the actor and bring him to book.

Now, lest anyone think I am aggrieved perhaps because I have a person with autism in my family, I’m sorry to disappoint you, I don’t but I believe these individuals deserve better and must be treated as such.

In July 2014, I joined Ghanaian musician Ded Buddy at the launch of the autism awareness campaign and fun day out with children with the disorder in Accra and it was simply amazing to hang out with the kids living with the condition. Very heartwarming and beautiful souls who must be cherished.

Later that year, Ghanaian actress Joselyn Dumas who was celebrating her 34th birthday as part of the celebrations spent quality time with children at the Autism Awareness Center in Accra, Ghana. These are practices I believe must be promoted and not the marginalization of persons with autism.

Do you believe our brothers and sisters leaving with the disorder deserve better? Kindly share this post till the right authorities speak to the issues and better inform society of the need to draw closer to us people leaving with such challenges.