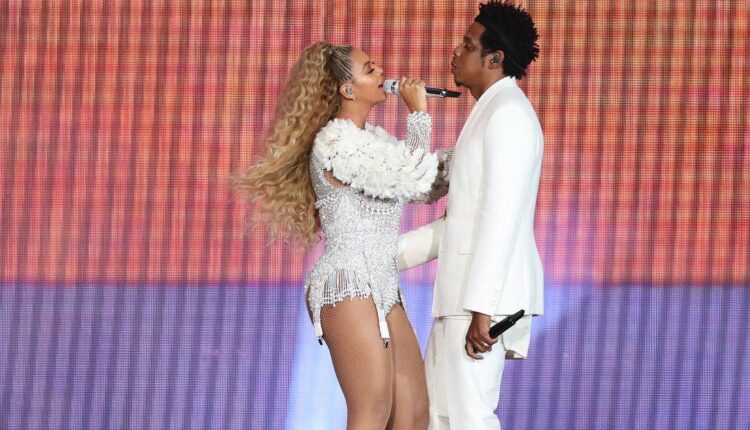 The next time you think of jumping onstage with your favourite music star, take note you could be charged for one offence or the other.

A man who forced his way onstage at a Beyonce and Jay-Z concert has been charged with disorderly conduct and simple battery.

Anthony Charles Thomas Maxwell, 26, ran onto the stage in Atlanta as the couple’s On The Run II show was ending on Saturday 25 August.

He approached Jay-Z and made contact with him, local police officer Lisa Bender told the Associated Press.

Security and backup dancers managed to stop Mr Maxwell from getting backstage.

In a post on Instagram, Beyonce’s publicist Yvette Noel-Schure said the couple were “fine and looking forward to” their second show in Atlanta on Sunday night.

@beyonce and JAY-Z on stage tonight in Atlanta. Thank you to all the fans for your concern. They are fine and looking forward to the show tomorrow.

Mr Maxwell was treated for minor injuries, and police said nobody else was injured.

In the US state of Georgia, the law defines simple battery as “physical contact of an insulting or provoking nature”.

Beyonce and Jay-Z, whose real name is Shawn Carter, have chosen not to press charges on their own account.

“At the end of last night’s show, we had an intoxicated male enter the stage,” their tour organiser said in a statement.

“At this point, we had a controlled evacuation of all crew on the stage in order to safely defuse the situation.”

WATCH: A man rushed the stage at the end of Beyoncé and Jay-Z’s first night of their #otr2 tour stop at @mercedesbenzstadium in Atlanta. See the full video of backup dancers and security spring into action on https://t.co/vnVFn7lEmI. (📹: kboogietheconcertjunkie) pic.twitter.com/CGxNzoFIQq

The power couple’s joint On the Run II tour has filled arenas around the world, and Billboard reports that it could bring in as much as $250m (£193m).

In June, the pair delighted fans by dropping a joint album, Everything is Love, which they unveiled on stage in London.