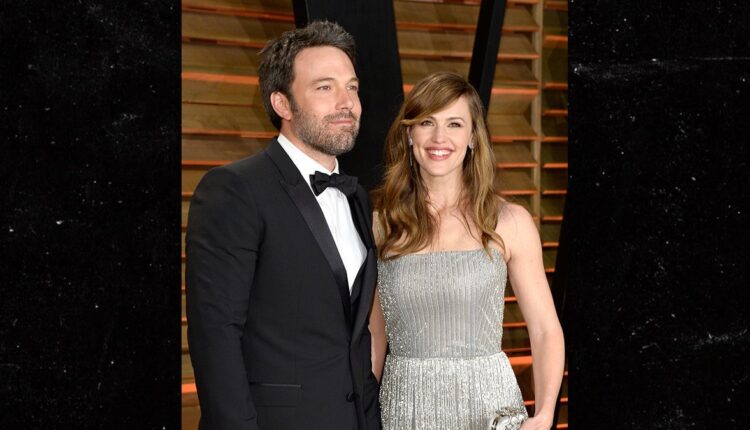 Ben Affleck says his marriage to ex-wife Jennifer Garner helped kickstart his alcoholism — claiming he turned to booze to cope with feeling “trapped.”

The actor — who’s now with Jennifer Lopez — didn’t hold back while talking to Howard Stern about his drinking problem and his time with JG, which he made sound pretty damn miserable.

He says if they would’ve stayed together, they would’ve been “at each other’s throats,” and not just that — but he even speculated if he was still married to her, he’d still be boozing.

Here’s another telling quote from the Monday interview … “Part of why I started drinking was because I was trapped.” He adds, “I was like, ‘I can’t leave because of my kids, but I’m not happy, what do I do?’ And what I did was [I] drank a bottle of scotch and fell asleep on the couch, which turned out not to be the solution.”

On the surface, it’s a pretty galling statement for Ben to make, considering how supportive Garner was through his bouts with the bottle. She famously took him to rehab in 2018 and remained a pillar for him.

This is why Ben’s comments are NOT being well-received online. A lot of people are slamming him for even trying to connect his personal demons to her individually, noting Jen has time and again been there for him when he’s relapsed.

Ben added that despite their best efforts, they simply couldn’t salvage their relationship and didn’t want that to be the model of marriage for their children.

Ben also mentioned their kids while talking about rekindling things with J Lo, telling Stern he thought twice about getting back with her — all because he feels his kids are his highest responsibility and was concerned about the inevitable headlines.

One last thing … while it might sound like Ben totally trashed his ex-wife, he ended on somewhat of a sweet note, saying … “We did our best. I knew she was a good mom, and I hoped she knew I was a good dad. I had to get sober, and I acknowledge that.”

Anyway, as we said … it sounds like he and his ex are on good terms now, and have been for a while. Even with J Lo around — which she was for Halloween –, there doesn’t seem to be much animosity there these days.

At least there wasn’t before the Stern interview.

Your 2021 Music Recap Is Now On Boomplay!