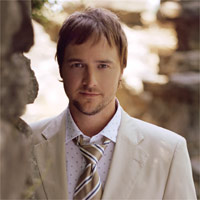 Singer-songwriter Bebo Norman has had a highly applauded musical career throughout his seventeen-year discography. Norman has announced that as of the end of 2013, he will officially retire from everything music. This announcement and decision comes after much prayer.

“For those closest to me, this really has been a decision that was years in the making, but after a lot of prayer and continued conversation, my wife Roshare and I made the final call back in December,” shares Bebo. “And honestly I wasn’t sure if I would be done right away, or what the exact timetable would be, but ultimately I decided that I really wanted to honor my label and publishing commitments through 2013 and tour this new record (Lights of Distant Cities) for at least a year from release just to make sure I “finish well.”

In October 2012, Bebo released his last full-length studio release, Lights of Distant Cities, on BEC Recordings to much acclaim – as with all of his releases. Media called this album a “triumph,” “beacon of hope,” “stunning masterpiece” and one of his best pieces of work.

To celebrate his career’s end, Bebo will be releasing his final radio single. “Sing of Your Glory” will be going for adds on April 19. He will also be touring throughout the summer and fall, anchored by a co-headlining tour “in the round” with his longtime friends and musical counterparts Andrew Peterson and Sara Groves.