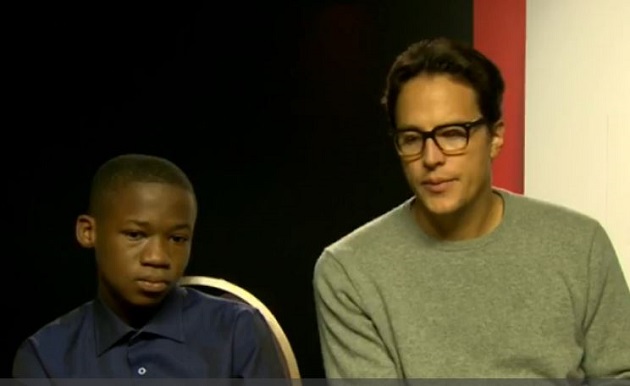 14-year-old first-time award winning actor from Ghana Abraham Atta has spoken on his role as child soldier in the much talked about Netflix feature film Beasts of No Nation.

Speaking to Nkem Ifejika on Newsday for the BBC World Service, Abraham disclosed there was not so much pressure on him acting as a main character and child soldier in the movie due to the guidance of the film director and writer Cary Fukunaga.

He however admits there were tough times especially when he had plenty scenes to shoot and had to re-shoot his scenes at the least mistake by some of the other children on the set.

“The scenes were plenty and by all means I will forget one so I had to restart it..”