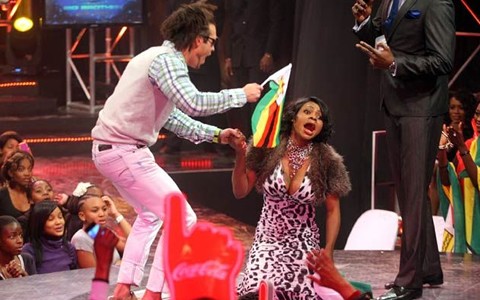 The police in Zimbabwe has arrested a former Big Brother Africa winner, Wendall Parson over an alleged $25,000 fraud.

Wendall, who co-won the reality TV game show with Nigeria’s Karen Igho in 2011, was alleged to have made false car insurance claims after he was involved in an accident with his car in March 2013.

Nigeriafilms.com gathered from reports that Wendall allegedly insured his Ford Ranger car with Alliance Insurance Company on March 18, 2013, two days after he crash the same car. He then allegedly lodged a false insurance claim of $25,000 for the same car.

The insurance company, suspecting a foul play, launch an investigation and reportedly found out that Wendall crashed the car before he insured it with them.

This led to his arrest on Friday, while we gathered that he would soon be charged to court for prosecution.

Beyonce laughs off at pregnancy rumours