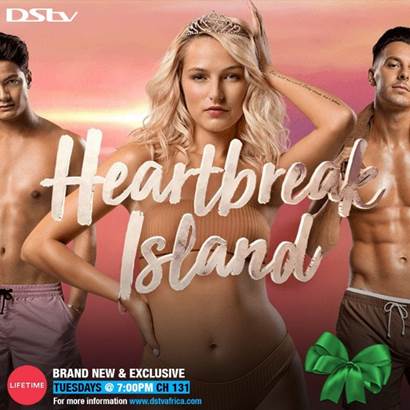 RISE OF THE SUPERBOMBS takes viewers inside the new world of futuristic conventional weaponry – as the world’s most powerful militaries devise new ways to fuse targeted precision with unprecedented punch. The latest generation of non-nuclear weapons capabilities is now more powerful than ever – and getting stronger all the time. But it stems from an impressive legacy of previous offensive and defensive technologies – developed both in the U.S. and abroad – that have paved the way toward a future arsenal equipped with an unprecedented level of speed, strength, stealth, range and pinpoint precision. The SCALE of these weapons is staggering.

The SCIENCE is right out of Sci-Fi. And the STAKES – particularly in the realm of our missile defenses – have never been higher. This special takes viewers on an explosive, escalating journey through the modern development of the U.S. and worldwide arsenals – the critical technological turning points of the post-WWII age, the most impressive weapons ever to be built.

Rob Bell explores two iconic ships that have played significant roles in Britain’s maritime and cultural history. From abdications and royal deaths to dramatic wartime heroics and daring rescue missions, these crafts reveal stories that give a unique insight into what is like to be a royal at sea, from the familiar to the surprising. Brand new and exclusive to DStv, Great British Royal Ships shows this Thursday 19thDecember on History CH 186 at 4:25.

Heartbreak Island will set hearts racing and temperatures rising when a group of single guys and girls put everything on the line in a bid to find their perfect match and be in with the chance of winning $100,000. Brand new and exclusive to DStv, every Thursday at 7pm on Lifetime CH 131.

A Moody’s Christmas also a 3-night event of double billed episodes starring Denis Leary running on the night of 18th Dec 25th Dec and 1st Jan at 7PM ON MNET CH 101. For “The Moodys,” Christmas means decorating the tree, singing carols and driving each other crazy. Sean Moody (Denis Leary) and his wife, Ann (Elizabeth Perkins), welcome their three adult children (Jay Baruchel, Chelsea Frei and François Arnaud) back to their Chicago home for a wintry mix of merriment and mild mayhem in the three-night miniseries.

As a child, Samantha spent every Christmas at her beloved Nana’s house building the traditions of fun and joy with her family. Sam is facing the first Christmas without Nana and still struggling to find the Christmas spirit when she gets a surprise. Reunited at Christmas, Brand new and exclusive to Dstv, Saturday 21st December at 5:20 on LifeTime CH 131.

Struggling circus owner Max Medici enlists a former star and his two children to care for Dumbo, a baby elephant born with oversized ears. When the family discovers that the animal can fly, it soon becomes the main attraction — bringing in huge audiences and revitalizing the run-down circus. The elephant’s magical ability also draws the attention of V.A. Vandevere, an entrepreneur who wants to showcase Dumbo in his latest, larger-than-life entertainment venture. Dumbo, Sunday 22nd December on Mnet CH 101

A girl, Durga Thakur, who swears to take revenge on the Geonkas, an influential family in Kolkata, seeking justice for a crime committed in the past.

Will she be successful in her mission or will she too fall aside like every other person who has stood in the way of the Geonkas?

JOLLYDAYS with Nickleodeon! Watch marathons of all your favorite Nickleodeon episodes this festive season and have a Jolly day. 9 Dec – 3 Jan at 11:20 on Nickleodeon CH 358.

A Web Platform For Loans and Credit Launches in Ghana