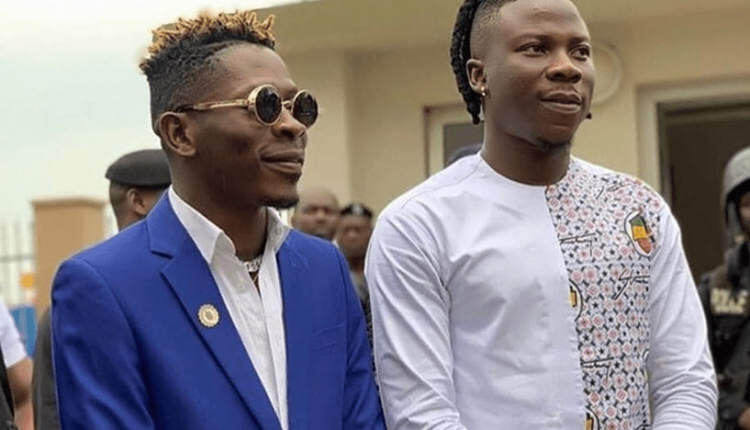 Ghanaian dancehall artists Stonebwoy and Shatta Wale are conspicuously missing from the nominees’ list of the 21st edition of the Vodafone Ghana Music Awards.

However, this comes as no surprise, especially when Charterhouse, organizers of the awards scheme, had already announced works from the two would not be considered and that they have been banned until further notice for an unfortunate incident the two were involved in during the commemorative 20th edition of the awards scheme.

The ban has however had a trickling effect as a number of individuals have also been affected. These individuals include producers and artists who worked with Shatta Wale and Stonebwoy in the year under review.

A thorough perusal of the nominees’ list brings to bear the absence of any project (features, production) associated with the two.

The question however remains! How long would the two be banned from the prestigious Vodafone Ghana Music Awards?

Well, the truth remains that the two are no longer interested in the awards scheme which sends a clear signal to any individual who wishes to ever grab a nomination at the VGMA to reconsider their options.

According to commentary run by individuals on social media, the absence of the two would have damning effects on the awards scheme.

Kofi Jamar, Gyakie, Others Nominated For 2020 VGMA Unsung Artist Of The Year