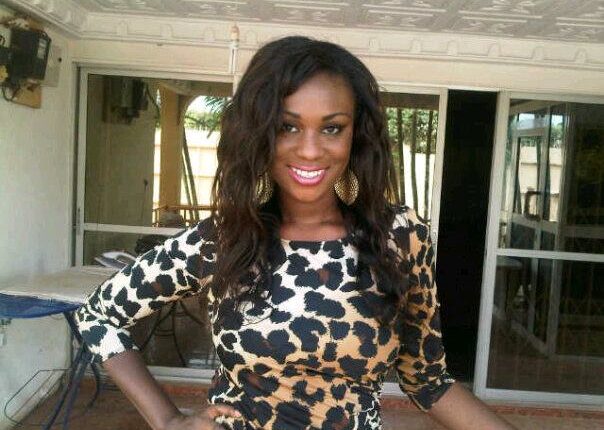 Even before she gets a major break in her acting career, up and coming actress, Bibi Bright is already raising a lot of eye brows with her bad girl roles which she has come to be known for within her short presence in the industry.

Bibi who has featured in movies such as Please Mary Me, Leave My Wife, Spiritual Killer, Why Me, Forbidden Act, Gamble For Love, Accra Girl, Love and Steal, House Party and Lost In His Glory told Showbiz last week that, she is already receiving a lot of bashing for her bad girl roles.

“For some strange reasons, playing the role of a bad girl seems to suit me. I play it well and make it look so real that people can’t even tell the difference between make-believe and real life. I had a lot of criticisms for the role I played in Love and Steal, Forbidden Act and Lost in His Glory.

“If I can make people believe I am a bad girl just by playing a role then it means I am a good actress. In acting you make it look real and that is what I do with the characters I play.”

With close to 20 movies to her credit, Bibi should have been a household name in Ghana by now but the 27-year-old actress who has acted alongside actors like Jasmine Baroudi, John Dumelo, Kalsoume Sinare, Martha Ankomah, Eddy Watson, Yvonne Okoro, Juliet Ibrahim, Salma Munim and Prince David Osei said she is not popular in Ghana because she is mostly featured in Nigerian movies even though she is a Ghanaian.

Touching on how she got into acting, Bibi said originally, hitting the silver screen was not her first choice of field of endeavour.

“ I had always wanted to be an airhostess but my father wouldn’t hear any of that. He said I could be anything but an airhostess. We virtually fought over that decision but it was resolved when a friend invited me in 2010 to feature in Miss Call, a TV series which aired on TV3. After Miss Call, I had Nigerian producers knocking on my door”, she added.

Although Bibi is able to interpret her bad girl roles very well, she is however found wanting when she has to cry in movies. “I have tried several times to cry in movies but I am not able to do so. Producers have tried their best to make me shed tears but that has not been possible. I am still working on that”, she said.

Bibi attended Achimota School and later continued to North East High School in North California. And on who her favourite actors are, Bibi said she would go for Yvonne Nelson, Nadia Buari, Majid Michel, Yvonne Okoro and Lil Win just to mention a few.

In Lost In His Glory, Bibi who lost her father to death subsequently lost her love for everyone else in her life including her mother and younger sister. The only person she reserved some love for was her boyfriend played by Prince David Osei, a serial heart breaker who assaults her at the least provocation.

Lost In His Glory is produced by Sowah Pabifio and directed by Sunshine S. Olawore for Garridad Films Production.

Photo: Captain Planet Hangs Out with fiancee(Vodafone Ghana Boss) in US