‘Azonto’ is a Nigerian thing, Wizkid taught me – Chris Brown 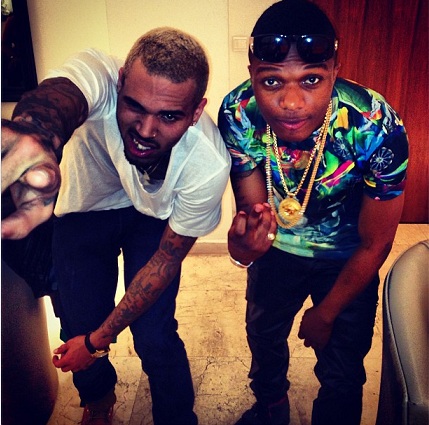 Chris Brown added salts to the injury of many Ghanaians during a recent interview on BET’s 106 & Park,  as he revealed he had infused the Ghanaian dance move Azonto into his new video and attributed its origin to Nigeria. He also recalled meeting Nigerian pop singer Wizkid who taught him the dance move.

The US pop singer who has embarked on a media tour with the release of his new single and video ‘Fine China‘ was a guest on BET’s 106 & Park to promote his upcoming sixth album titled ‘X’.

Understandably many Ghanians are unhappy about Chris Brown’s wrong assumption on the origin of Azonto, as many are yet to come to terms with the fact that his alleged smoking incidence on stage was an act.