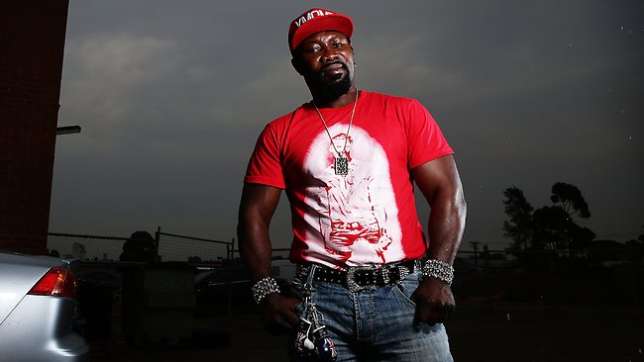 Ghanaians would have to brace themselves for another round of comedy from Ghanaian boxer Ayittey Powers as he takes his antics out of the boxing ring to the recording booth.

Months after throwing in the towel during a “competitive” boxing bout with his friend Bukom Banku at the Baba Yara Sports Stadium in Kumasi, the yellow dyed hair boxer has something new up his sleeves and it’s a Gospel music album.

Speaking to Kwame Scientific on the Weekend Rush on Y102.5FM in Kumasi, Ayittey Powers revealed he named the album after the prophet because of the enormous contribution to his life and also for the fact that the prophet financed the project.

Asked when he would release the album, Ayittey Powers revealed he was waiting on the prophet to settle on a final date for release as they had set an appointment already.

He would however not reveal how many tracks are on the album.

How expectant are you of an Ayittey Powers gospel album and would you buy a copy should it be released?

Angela Lansbury, ‘Murder, She Wrote’ and ‘Beauty and…