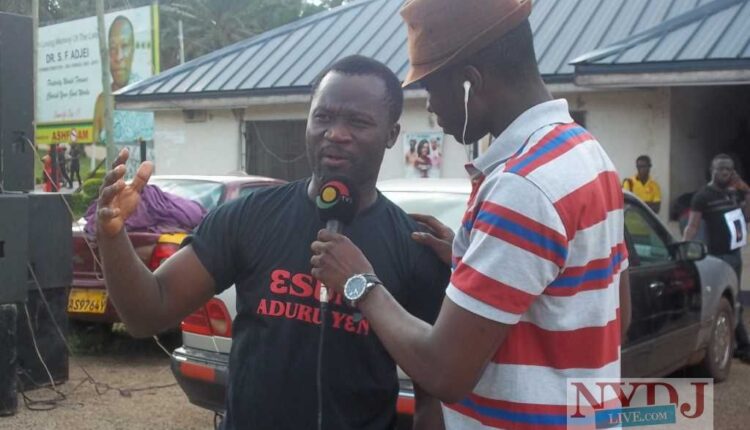 Public Relations Officer of the Film Producers Association of Ghana (FIPAG), Micheal kwaku Ola has alleged that some of the major Kumawood stars who boycotted the “Esum Aduru Yen” Demonstration held on Thursday May 28 2015 in Kumasi were bribed by the incumbent government to stay away from the event.

Speaking on Kumasi based Nhyira FM’s Entertainment Power Programme, Michael Ola stated some of the stars were promised generators whereas others were paid huge sums of money hence their absence from the “well publicized Esum Aduru Yen” demonstration.

Popular stars such as Nana Ama Mac Brown, Agya Koo, Lil Wayne, Kyeiwaa, Mercy Asiedu, Akrobeto and many others were all missing from the demonstration organised by the Film Producers Association of Ghana (FIPAG).

The leadership of FIPAG is scheduled to meet on Monday where a list of such stars will be released for betraying the industry.