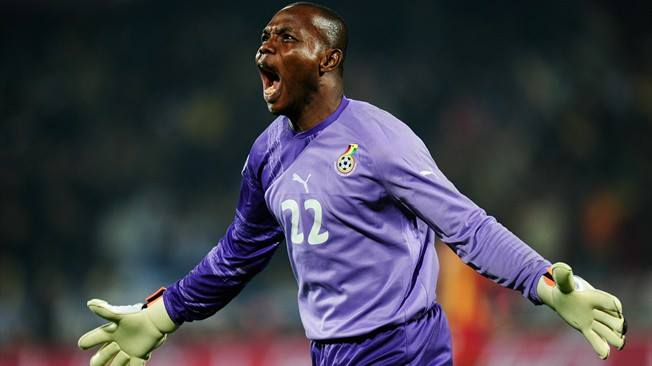 The call up of Ghanaian goalkeeper Richard Kingston has met a loud public outcry as many believe the goalie is too old to keep the post for the Black Stars of Ghana.

Check the write up according to the BBC;

Ghana has recalled long-time Black Stars goal keeper Richard Kingson for its upcoming World Cup qualifier against Egypt. This has set off a trend on social media using #olelefacts – Olele being the goalkeeper’s nickname. Football fans argue the goalie is too old having been in the posts through many generations of black stars players. Kingson, the goal keeper for the Black Stars when Abedi Pele was in his prime as Captain of the national team, now plays with Abedi’s sons for the Back Stars. So since Olele was called up for the Black Stars, he has gone viral on social media for his age.

listen to ‘Olele goes viral on Social media’ on Audioboo