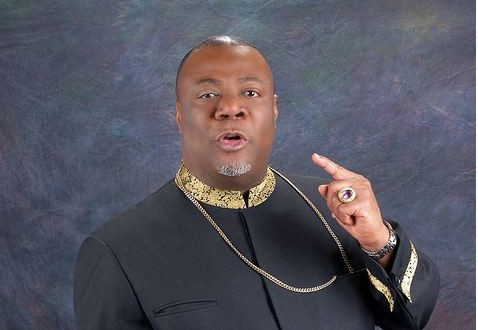 The General Overseer of the Action Chapel International (ACI), Archbishop Nicholas Duncan-Williams, has asked Ghanaians to stop politicising issues concerning the fall of the  cedi and rather concentrate on contributing their quota to stabilising the depreciating currency.

“We all know the implications of the falling currency…the prices of petrol, food, transport fares all go up. My concern is for the ordinary Ghanaian who has to face the consequences.

“I don’t see anything wrong in praying for my nation and the economy of my country.  I also don’t think anybody who criticises what I did is wrong or right. They are entitled to their opinion.

“If we can ask for prayers for the nation’s peace, peaceful elections, to avert flood…why can’t we pray for our economy and our leaders?” he asked in an interview with the Daily Graphic.

He was commenting on public reactions after he had led the ACI congregation to pray for the depreciating cedi last Sunday.

Performance of the cedi

The local currency has been on a downward slide recently, with 2013 being one of the worst years in recent history. By the end of January, the cedi had already depreciated by more than three per cent, after closing 2013 with a 17 per cent slump against the dollar.

To save the situation, the Bank of Ghana, last week pumped $20 million into critical areas of the economy as part of efforts to shore up the cedi.

However, the cedi’s battle of survival against the major trading currencies — the dollar, euro and the pound sterling — is part of the global crisis that has seen countries including Argentina, Turkey, South Africa, Brazil, India, Ukraine, Venezuela and Mexico struggle to keep their currencies afloat.

That notwithstanding, the Archbishop said, “As a prophetic person, you realise that from 2007 to 2014 is seven years. The famine in the time of Joseph lasted for seven years.  After those seven years came the seven years of abundance.”

Further anchoring his explanation on Zacharia 10:1, he said the Bible asked believers to “ask rain from the Lord… Other than that, you can miss it; that is, from a Biblical perspective rather than political.  Ghana is not the only country with a suffering currency”.

Last Sunday, the Archbishop asked for divine intervention for the nation’s currency that had declined in value.

But his critics said religion or prayer had no place in economic management and that the Archbishop should leave the management of the economy to economists.

To that, he said while he had no grip on the management of the national economy, he was a spiritual man whose concern was for the growth and prosperity of the country.

“Nobody has asked me to pray, but as a spiritual man, and looking at what is going on in other countries and the suffering of people… I’m praying from my perspective because I am a leader and I deal with people and I see what the people are going through.

“My argument is that I have a drug rehabilitation centre, an orphanage, I’m building schools which were under trees and churches all over the country that I care about.  I know that if the economy gets well, it is in the interest of all of us. So to pray for the economy to get well, praying for the well-being of the economy and the cedi is Biblical and a good thing.

“If anybody is not managing the economy or the currency well, that is not my problem. I leave that to those in authority and those who voted them into office to deal with it. But that should not deter me from praying,” he said.

He also stated that the church and the state were inextricably linked, since Ghana’s churches, for the past 100 years, had played key roles in the development of the country.

“The Bible says God is the governor among the nations.  It says except the Lord builds the nation, the builders build in vain. Any government or groups of people who ignore the role of the Church are committing suicide. The Church is extremely relevant in nation-building.  We can’t do without God,“ he added.

He said realising the importance of prayer, Abraham Lincoln, one of the greatest American presidents, declared fasting and prayer on three different occasions — on the  last Thursday of September 1861, March 30, 1863 and in August 1864 for issues including national peace, national repentance and for people who held positions of authority, respectively.