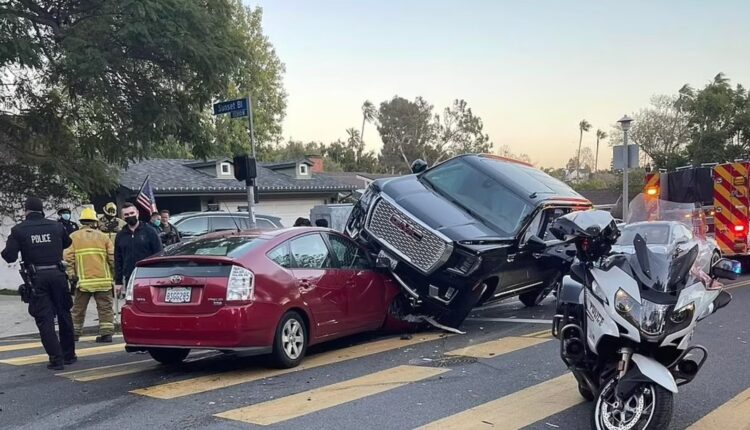 A rep for Arnold Schwarzenegger has revealed the actor is doing fine and rather concerned about a woman who was injured in the car crash on Friday.

Austrian-American actor and former politician Arnold Schwarzenegger is doing fine after he was involved in a multi-vehicle car accident Friday, leaving one woman injured.

According to the Los Angeles Police Department, the accident occurred on Sunset Blvd. and Allenford Ave.

The former governor of California, 74, was inside of a Yukon that hit a red Toyota Prius, causing the SUV’s airbags to deploy.

As first reported by TMZ, his car rolled atop the other vehicle before turning over and rolling onto a Porsche Cayenne.

The individual behind the wheel of the other car, who is said to be an unidentified woman, suffered injuries and was transported to the hospital in an ambulance, according to the outlet.

ABC 7 reported that no one has been arrested, and alcohol is not believed to have been a factor. The news station got an aerial view as an SUV and Prius were being towed from the scene.

Schwarzenegger’s friend Jake Stansfield, who served as the Chairman of the Governor’s Council of Fitness during the star’s time in office, was present when the collision occurred, per TMZ.