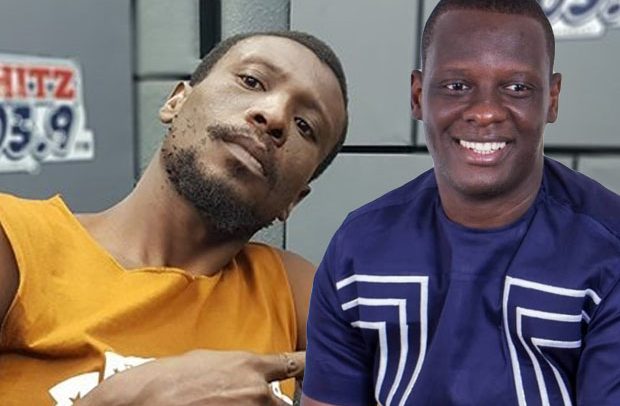 Some allegations levelled against Madam Manu is that she turned the musician into a money-making machine while he was in her care.

Her accusers alleged that she released the musician who was undergoing treatment to individuals for shows and pocketing the proceeds of such events, while in their custody.

The mother of Okomfour Kwadee, Madam Cecilia Atootalega, said Madam Manu had been profiting from his son who was on admission at the Centre, for about 6 years now, according to a report filed by OTEC FM online

Okomfour Kwadee’s mother is reported to have made these claims in an interview on Kumasi-based Pure FM.

It is also alleged that other panel members who appeared on the ‘For the Culture’ entertainment programme at the radio station, said Mrs Manu has been using DSP Jeremiah Alale to threaten them with arrest. This, they claim was to prevent them from criticizing her act.

However, in reaction to these issues, DSP Alale said the allegations are pure propaganda by persons who seem to be against the good work of the Willing Way foundation.

DSP Alale who was speaking in an interview with OTEC FM, in Kumasi, he said there had been no occasion where Okomfour Kwadee hitmaker had been sent or used for any commercial event by the Rehab Centre and its CEO.

He said that he recommended the musician to be used as an ambassador to support their campaign against drug addiction among the youth in the Ashanti Region, during his time as the Regional Drug Law Enforcement Unit Commander.

‘I have known Kwadee to be loved by all especially the youth so making him an icon to speak against drug abuse and addiction was a perfect idea to educate the youth,’ he said.

He suspects those making such allegations were music producers and DJ’s who were interested in getting access to the musician to manage him.

Mr Alale said he had known the Centre as an institution working to help drug addicts, and once joined them in the quest to eliminate drug abuse in the Ashanti Region.

He said such humanitarian works for drug addicts and alcoholics by an institution needed praise and support but not attacks.

He said, for instance, he had worked together to fight drug addiction during the ‘World No Tobacco Day’ celebration, March 31, 2018, and 2019, at Akomadan and Konongo Odumase Senior High Schools, and also a drug abuse campaign at the Offinso and Asante Mampong community markets on 26th January and 20th February 2018.

“Kwadee performing at such programmes was to give him the chance to advise students and the youth against drug abuse and alcoholism with Evangelist Lord Kenya who is also an ambassador to the ‘SAY NO TO DRUGS’ campaign.”

He lauded Evangelist Lord Kenya and the Willing Way Foundation for their effort in the ‘fight against drug addiction as well as supporting addicts in the ghettos.’

Meanwhile, it is known so far that the Rehab Centre has long been working with the rapper turned pastor, Evangelist Lord Kenya, to treat and reform drug addicts, for some years now.

DSP Alale challenged persons who have evidence of Okomfour Kwadee was being used by the Willing Ways Foundation for commercial purposes to come out with it or desist from these false accusations.

According to them, family members of Kwadee and his former managers had an agreement which allowed them (the managers) to pick him from the centre for programmes which authorities of the centre had no power or ability to breach.

It was explained that the legal aid issue popped up after the managers of Kwadee took him for a programme in Accra and later decided not to return to the Centre thinking that he had recovered, but the issue was resolved and Kwadee later returned to the Centre.