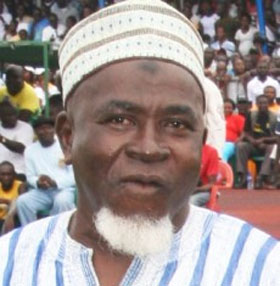 According to our highly placed sources, the club is on the market for $2 million.

The experienced administrator Grunsah has found it increasingly difficult to stem the rising levels of liabilities at the club, including unpaid salaries and match winning bonuses due to lack of funds.

Footy-ghana.com sources can also confirm that some players have still not received their signing-on fees months after agreeing to play for the club.

Prospective buyers contacted by footy-ghana.com however contend that the asking price for the club is too high, considering the level of liabilities the club is carrying and the fact that the highest amount paid out for a Premier League club was the GH¢600,000 ($300,000) paid out by business magnate Moses Armah to purchase Kessben FC a few years ago.