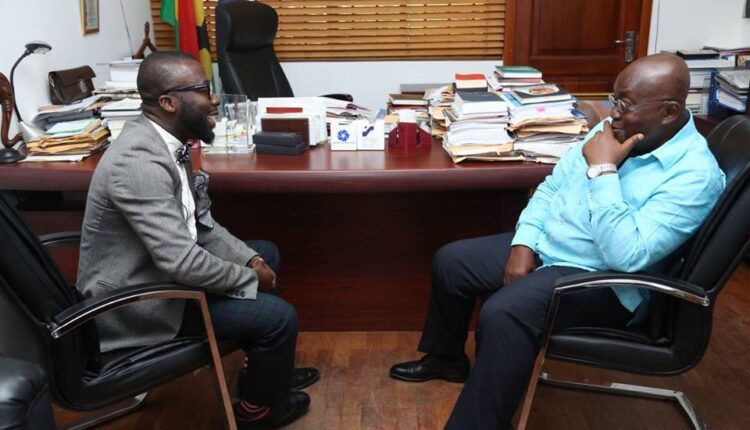 It is increasingly becoming evident that a lot of creative arts personalities across the length and breadth of Ghana are ready to openly declare their support for various political parties and presidential candidates for reasons best known to them despite the vilification that a similar posture could end your career some few years ago.


That is somehow a good sign and a sign of the development and acceptance of that culture.

Well, just in case you didn’t know, the latest to throw his weight behind the presidential candidate for the biggest opposition party in Ghana at the moment New Patriotic Party (NPP), Nana Akufo-Addo is radio personality and DJ Akwasi Amoh otherwise known as Andy Dosty.

Andy Dosty openly declared his support for Nana Addo during the sign out on the Tuesday edition of his radio show, Music Box which aired on Hitz FM after he stated his disappointment at reports that Vice President of Ghana, Kwesi Amissah-Arthur had spoken derogatorily about persons who are not tall.

Andy Dosty who met with the Presidential candidate today (September 30 2016) seems to have started a movement already calling for the support of short men for Nana Addo.

In a post on Facebook, Andy Dosty posted saying, “It was a privilege to meet the next President of Ghana Nana Akufo-Addo earlier today. #Iam4Nana what about you? #YouthRevolution #ShortMen4Nana“

Check out tracklist for Omar Sterling’s Victory Through Harmony Mixtape