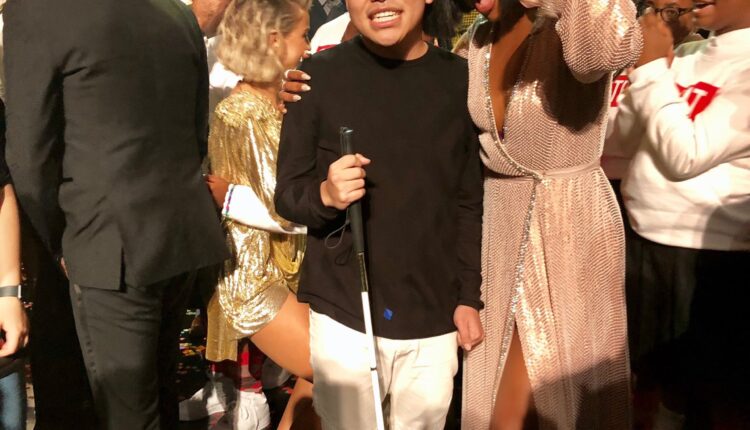 “America’s Got Talent” has a new champion.

Kodi Lee was crowned the Season 14 winner during Wednesday’s live, two-hour season finale following what Simon Cowell dubbed  “the best final I have ever sat in on in my life” on Tuesday.

Lee, who is blind and has autism, has been the front-runner of the NBC talent show since   earning a Golden Buzzer during the auditions round from Gabrielle Union.  Lee not only pulled at the judges’ heartstrings, but America’s, winning the most viewer votes.

“I feel so amazing. … Unbelievable,” Lee said as he jumped for joy with his mother, Tina Lee, under a sea of confetti and pyrotechnics.

Lee beat out nine  finalists, including five other Golden Buzzer winners, and walked away with a $1 million prize and headliner status for an “AGT” show in Las Vegas.

The two-hour season finale felt like a concert, with more than a dozen mash-ups and duets featuring the Top 10 contestants, star-studded musical guests and past “AGT” competitors.

Kygo kicked off the show with “Higher Love” featuring the Ndlovu Youth Choir. Macklemore came out of the audience soon after with a high-energy performance of “Can’t Hold Us” with Detroit Youth Choir, the same song the schoolchildren sang Tuesday in an attempt to win it all.