Ambolley Again?? Hits at MUSIGA President Obour- “You are Clueless” 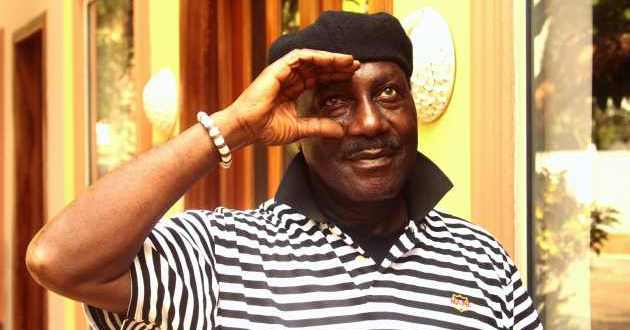 Ahead of his album launch, Ghanaian musician Gyedu-Blay Ambolley has hit at the president of the Musicians Union of Ghana, Bice Osei Kuffour and his executive on the current administration of the union tagging them as “clueless”.

The ace saxophonist, composer and rapper sounded worried about the current state of the music industry. He told NEWS-ONE that though it was a good thing to have young people in power, “the young kids at MUSIGA office don’t have a clue” when it comes to the structural management of the union.

Bice Osei Kuffour also known as Obour happens to be the youngest president the union has seen since its establishment. Under his term, various young people like Tic Tac and Okyeame Kwame have been given the opportunity to serve the industry.

“The young kids at the MUSIGA office will have to know what it is to be able to have a ladder to stand on and build. Most of them fell into music because of the fame and other things which come with it. But talking about the structural aspect of it, they don’t have a clue,” Ambolley said.

“They don’t have any clue about the music industry because the music industry is called show business. The business is what brings in the income; the show is what makes people to identify what they can do. But with the current MUSIGA team, the business aspect of it, they don’t have a clue. Whatever that they doing there is just trial and error thing that they are doing. The fortunate part for them is government coming out with GH¢2 million to support them,” he added.

The sole aim of the union is to ensure the welfare of all musicians—both old and young—who are members. Since he was elected into office, the Obour-led administration has commenced several initiatives like the Aged Musicians Fund among others.

Obour and his team have even published a booklet that details his achievements for MUSIGA within his first year in office. He is perhaps the most accomplished MUSIGA president so far.

But the ‘Simigwa’ hit maker thinks “MUSIGA could have done a lot with that money like having a recording studio or letting the old musicians teach Music so that the youth can have something to stand upon.”

“In life, you have to walk your talk but for me I know the current MUSIGA administration is all about the talk. All they are doing is just creating the impression that, yeah they are doing something.”

Listen Up: Ded Buddy (Qweci) – The Way She Dance