The King was being treated for an ongoing diabetes problem.

According to Buthelezi, the King had several unstable blood glucose readings over the past few weeks prompting the decision by doctors to admit him to ICU for treatment.

“Over the past few weeks, several unstable glucose readings have raised concern and His Majesty was required to visit a hospital in Zululand to attend to this,” the former IFP leader, who is also a member of the Zulu royal family, says.

Buthelezi had said the King’s health was being monitored closely, especially due to the risk that diabetes poses amid the COVID-19 pandemic. 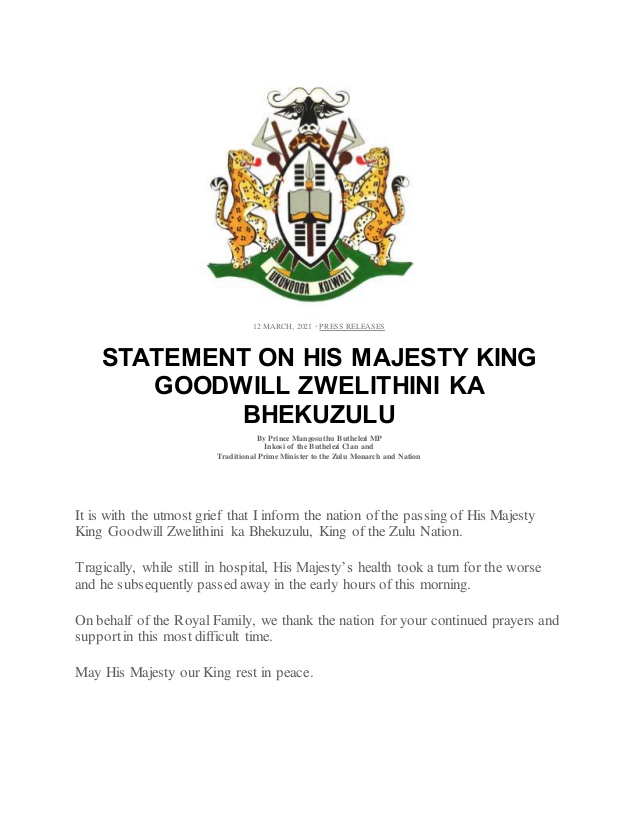 Serena Williams Reacts After Oprah’s Explosive Interview With Meghan And…

Top 10 Artists With The Most Grammy Award Wins