Although Set Out Of South Africa, ‘Escape From Pretoria’ Speaks Beyond It – Director Francis Annan Reveals 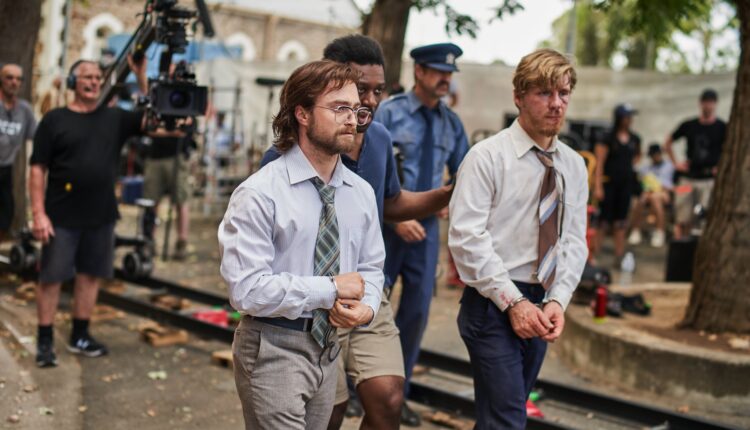 Ever watched that movie that gets your adrenaline running high and keeps you at the edge of your seat all through the action? Well, that’s exactly what Escape From Pretoria does.

Described as the “most daring prison escape of all time”,  Escape From Pretoria keeps you at the edge of your seat every passing second as the extraordinary true story of two white South African men branded as terrorists and incarcerated in 1978 for their involvement in covert anti-apartheid operations, who decide to escape the Pretoria maximum security prison is told.

Although set out of South Africa,  Francis Annan, writer and director of the film believes the story far expands beyond the country; a story that Africa and the rest of the world can easily resonate with.

In a video conference, Francis Annan tells Ebenezer Donkoh the story of apartheid in South Africa is one that its citizens can best relate, however, the movie remains “international”.

“In some sense, it’s international because you can argue it as a prison break. It could be in Cambodia, it could be in Venezuela, you will sort of get the rough politics of the backdrop and it’s a prison escape so it definitely appeals to Africa because it’s beyond just a South African story. However, the film is set out from South Africa and apartheid is a particular mutation of racism in the African context so  I think it does play particularly to a South African audience.”

Speaking on why he would focus on an adaptation than an original screenplay, Annan revealed although the book was a part of the history of South Africans, many of them had not heard or read the book yet.

Francis Annan went ahead to share some of the challenging hooting the movie which was initially scheduled to commence in South Africa.

“It was crazy in many ways. I went to Cape Town, met Tim Jenkinns, I went to his house we had dinner. I went to  Capetown Film Studios and secured my sets (it was a standing set). We had our plans and we did the blueprints of how we were going to build it (prison studio), I hired my crew, I started to do casting and then a massive part of the money was not available from South Africa. For whatever reason, the resources were not available. And so by the time, we would have waited until all that money was available, all the other parts of money would have gone and our actors also had a lot of things to do so we only had a specific window. I really was vert against shooting anywhere else but the option became clear that it was either we find somewhere that will match as close as possible or start from scratch and you can see now in the current climate trying to raise that money again,” Annan said.

Currently showing on TNT Africa on DStv and GOtv,  Escape From Pretoria has so far chalked several achievements including being number 1 in Korea for three weeks making 2 million dollars in the Box Office and doing so well in other European countries.

Listen to an audio slide of the full interview below.