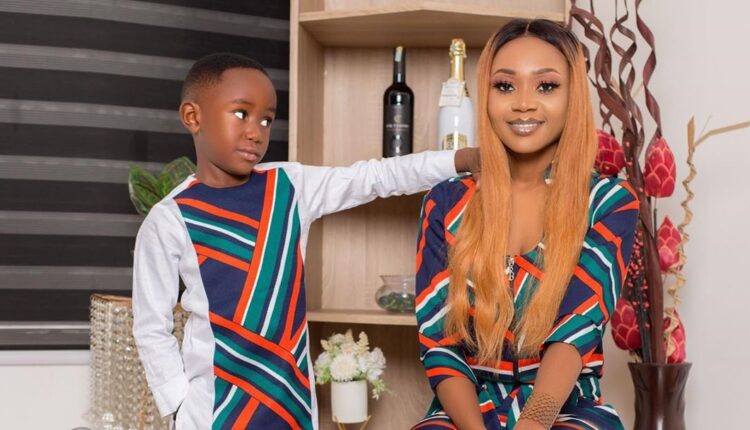 Outspoken Ghanaian social media personality Rosemond Brown also known as Akuapem Poloo has been convicted on her own plea by the Circuit Court in Accra.

A new report by StarrFMonline states the actress who had been charged with publication of nude pictures with her seven-year-old son earlier pleaded not guilty when she was first arraigned, but changed her plea on Wednesday.

Read the full report from below.

“In Court on Wednesday, April 14, 2021, the accused person pleaded guilty to all three charges and was convicted on her own plea by the court presided over by Her Honour Christina Cann.

EIB Network’s Court Correspondent Murtala Inusah reports that the court has deferred her sentencing to Friday, April 16, 2021, for her to undergo a pregnancy test in compliance with the law regarding a woman who has pleaded guilty in court.

She has however been remanded into custody for the prosecution to take her to any Government hospital to conduct the pregnancy test.

When asked by the court if she still stands by her change of plea, she said yes, before she was remanded.

The outspoken actress is facing three charges of publication of obscene materials, engaging in domestic violence, conduct that in any way undermines another person’s privacy or integrity and engaging in domestic violence namely conduct that in any way detracts or is likely to detract from another person’s dignity and worth as a human being.

Rosemond who had displayed her naked picture with her son on social media on June 30, 2020, pleaded not guilty to all the charges.

The Circuit Court however admitted her to bail in the sum of GHc100,000 with four sureties.

Two of the sureties are to be justified with landed property worth the same amount.

In addition to the bail conditions, the court said the title deed of the property, should be deposited at the court’s Registry pending the final determination of the matter.

This was after her then-lawyer Philip Kofi Bekoe had prayed the court to admit her to bail on grounds she is a well-known person. He said his client has people of substance who would stand as sureties when granted bail.

The prosecution did not oppose the bail application.

Brief facts of the case presented to the court by the prosecution led by Chief Inspector Agartha Asantewaa were that the complainant is Bright K. Appiah, the Director of Child Rights International Ghana.

According to the prosecution, on June 30, 2020, the accused person celebrated her son’s seventh birthday and she took her nude pictures together with her son who was also half-naked and posted the same on her Instagram page which went viral on social media.

She told the court that, the pictures attracted comments, adding that the behaviour of the accused person was likely to detract from the dignity of her seven-year-old son among others.

Chief Inspector Agartha told the court that the complainant petitioned the Director-General Criminal Investigations Directorate and the matter was referred to the Domestic Violence and Victims Support Unit.

Akuapem Poloo in her caution statement admitted posting the nude picture with her son unintentionally.

But, the prosecution held that Rosemond had deliberately posted the nude picture together with her son.