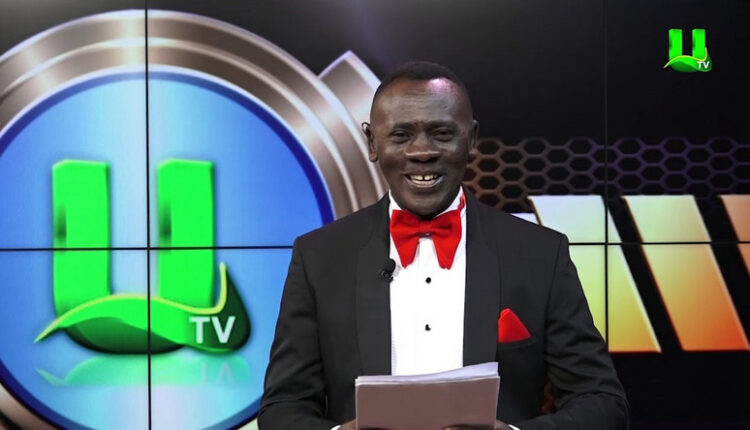 Aside from conversations surrounding the eventual winner of the  Artist of the Year at the 21st Vodafone Ghana Music Awards which took place days ago at the Grand Arena Dome in Accra, Ghana, one other talking point was the excessive use of ‘amazing by actor and red-carpet host James Gardiner.

Although he did extremely well on the red carpet, that would not really excite us like a video compiled by BTM Afrika highlighting his excessive use of the word ‘amazing’ in describing almost everybody he spoke to on the red carpet.

Well, as expected,  Ghanaian actor and host of The Real News on UTV Ghana, Akwasi Boadi also known as Akrobeto is ready to enrol James Gardiner in an English class.

Akrobeto in the latest episode of The Real News schooled James Gardiner on possible words he could substitute for amazing. Some of the words he suggested included astonishing, astounding, wonderful, tish etc.

Watch the hilarious video from below.

Stonebwoy Endorses Loggy Travel And Tours As Ghana’s Most…