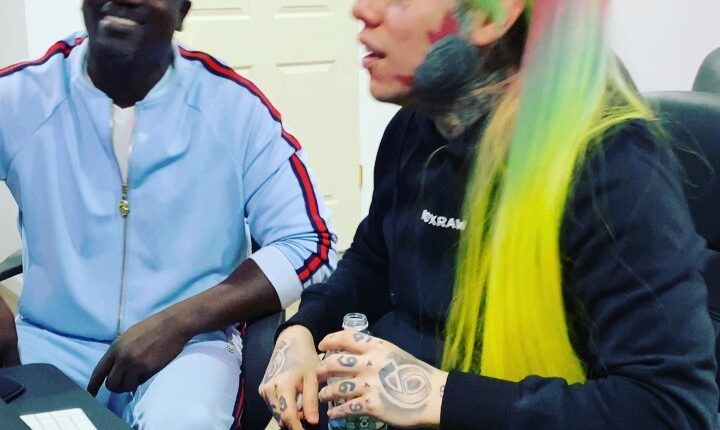 Akon seems to have found himself in the wrong books of many social media fans after Tekashi 6ix9ine posted a video of himself and the former in a studio recording a sequel to Akon’s classic Locked Up.

You can hear a few Tekashi’s bars as he raps about feeling regret and trying to strike the best deal possible for himself via his lawyers … and also wanting to see his daughter again.While other people have distanced themselves from the rapper, Akon continues to champion 6ix9ine. In April, he defended 6ix9ine’s decision to snitch on his gang members.

“With Tekashi it’s a little different because he comes from a generation that really didn’t have no moral ethic,” Akon said during an interview with DJ Whoo Kid. “I can’t really speak on why he would do that, but most likely it’s for the obvious reasons. But everyone goes through something in their lives that propels them to do things that they feel is in the best interest of themselves. And I think, you really can’t blame him, if what he’s saying is the truth.”

The two have been working closely since 6ix9ine’s release from prison. They even teased an  Instagram Live battle.

As with everything he does, 6ix9ine’s collaboration with Akon created mixed emotions.

Akon comes outta retirement, after feeding the kids in Africa and providing lights to make a remix with Teriyaki 🐀Snitch pic.twitter.com/gTTLBL7klj

Me saying I'm disappointed in Akon is an understatement. Man had me screaming OH NA NA NA as a kid and is now out here working with 69. pic.twitter.com/cySH4JnhxN

Everyone hating Akon for making a 6ix9ine knowing they’re still going to listen to the song when it comes out pic.twitter.com/Dux5U0uTEf

Akon really took time away from making an IRL Wakanda in Senegal to make a song with a pedophile culture vulture with 26-inch rainbow bundles, c'est triste https://t.co/WeoyzYZ4Dv