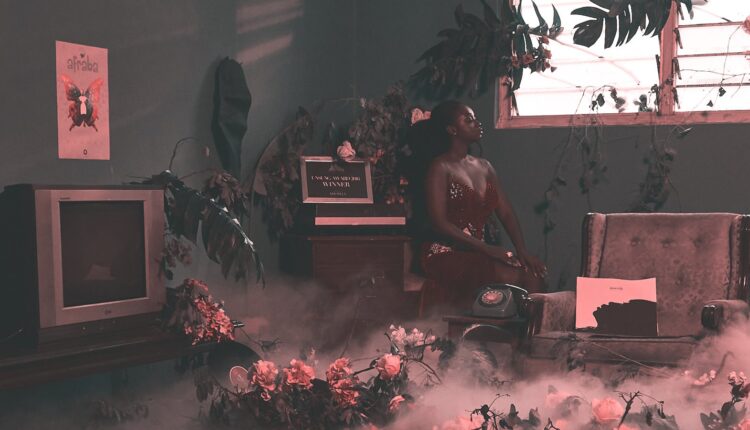 After a successful foray into the world of acting, alternative artist and singer Adomaa is back on the music scene, with a haunting but heartfelt music video announcing her new EP: ‘Becoming Adomaa.’

The video, which is for the song titled ‘You Used To Love Me,’ sees Adomaa reminisce on her entry into the music scene – when she had the most public attention – and how she wishes she had gone about navigating that period for herself. It is a brief but poignant reflection and gives a sneak peek into the mindset of the singer at one of the lowest points in her career.

The video ends with the revelation of the cover art for her upcoming EP, titled ‘Becoming Adomaa’ – Adomaa is seen in a contemplative stance in an obviously neglected room overgrown with plants and filled with objects of significance to her music career.

Before the release of the EP later this year, Adomaa is curating a one-of-a-kind experience for audiences to mark her musical comeback.

Starting in July and running till September, she will be hosting on different nights, screenings of a short film featuring music from the EP, as well as a documentary that takes a deep dive into events from her start in music, through her disappearance and now to her return.

In addition to these, she will be providing intimate performances of songs from the EP live each night, after which there will be interactive sessions with audiences. This series of events has been tagged ‘Becoming Adomaa: The Experience,’ and the nights promise to be incredibly special, enthralling and deeply engaging.

To get tickets for any of these nights, visit the following link to book yourself a date: https://efie.co/adomaa

Don’t miss out on what is going to be a truly magical experience with the talented artist that is Adomaa – you will not regret it!