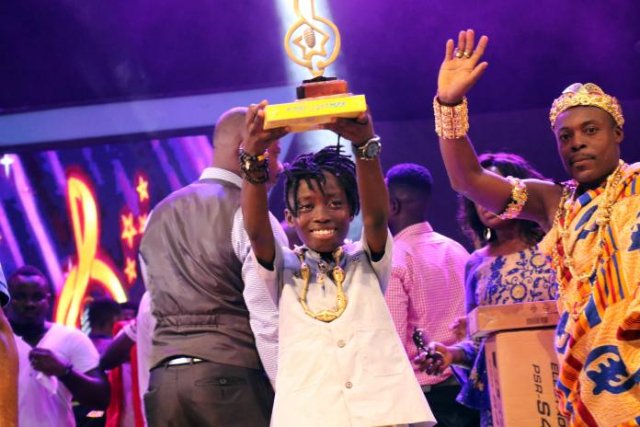 After months of intense competition and display of incredible talents from some of Ghana’s most precocious children, Righteous Vandyke has been crowned the winner of the maiden edition of the highlife talent hunt show, Nsoromma on Adom TV.

This comes as no surprise to many who have followed the show from its inception as Righteous has dazzled fans week-in-week-out.

Fans’ comments even weeks before the grand final gave the clue that it was either Righteous or no one else.

Righteous went home with a cash prize of ₵6,000, a laptop, piano and an electronic tablet among other things that will help nurture his budding music career.

He also won himself a recording contract with Plan Rico Records.