Actor Godfrey Gao Dies at 35 After Collapsing on Set 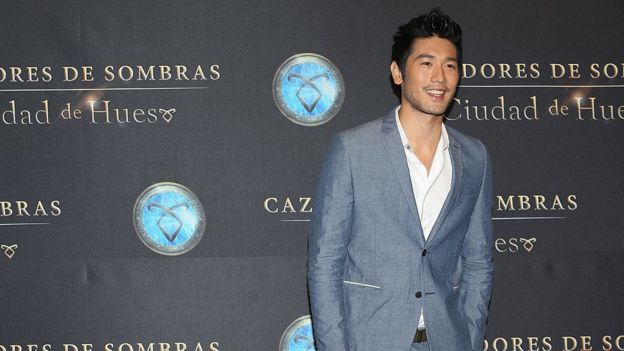 Taiwanese-Canadian model and actor Godfrey Gao has died after collapsing on set while filming a variety show in China.

The 35-year-old was a guest participant on Chase Me, a reality TV show that sees teams competing to win a race.

The show’s producers said he fell and lost consciousness while running in a team event and died at hospital.

In 2011, Gao was the first Asian male model to be signed to luxury brand Louis Vuitton’s ad campaign.

He made his mark in Hollywood, appearing in The Mortal Instruments: City of Bones, an action film based on a popular series of novels .

He also became a popular name in China after he starred in popular TV drama Remembering Lichuan.

The Vancouver-raised Gao collapsed midway through filming on Wednesday.

According to Chinese news media outlets, he collapsed at around 02:00 local time (18:00 GMT Tuesday).

“Guest participant Godfrey suddenly collapsed to the ground while running. The programme’s on-site paramedics began lifesaving measures immediately and urgently transported him to the hospital,” the management behind Chase Me said in a statement.

“After two hours of all-out efforts to save him, the hospital [said] he had suffered a sudden cardiac death.”

Chase Me features contestants working their way through a series of obstacle courses designed to test them physically. Previous episodes feature the challenges taking place at night in an urban race type setting.

In one episode, contestants have to climb up a high office building and zipline down.

According to a report by broadcaster Phoenix TV, the show is designed to push contestants to their physical limits and typically only those in good shape are invited to participate.

The production company said everyone involved felt “incomparable pain” and that they and the family would be jointly organising funeral arrangements.

Akon Is Building His Own City And Should Be Ready In About 10 Years!