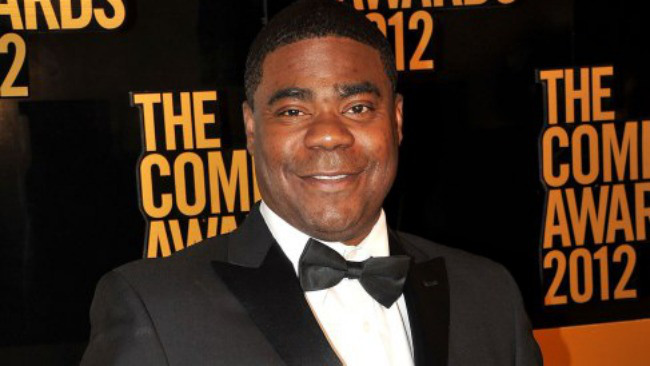 Actor and comedian Tracy Morgan was critically injured Saturday after a tractor-trailer rammed into his chauffeured limousine bus, setting off a chain-reaction crash that left onemember of his entourage dead and two others seriously hurt, authorities said.

James McNair, 62, of Peekskill, New York, a passenger in the limo bus, died at the scene, Williams said.Morgan, 45, and Jeffrey Millea, 37, of Shelton, Connecticut, were flown from the accident scene to Robert Wood Johnson Hospital, where they remained in critical condition, hospital spokesman Peter Haigney said.

Williams said the tractor-trailer driver apparently failed to notice slow traffic ahead and swerved at the lastminute in a vain attempt to avoid a crash. But it smashed into the back of the limo, prompting a chain-reaction crash that also involved a second tractor-trailer, an SUV and two cars.

When you say a prayer, remember to say one for him.