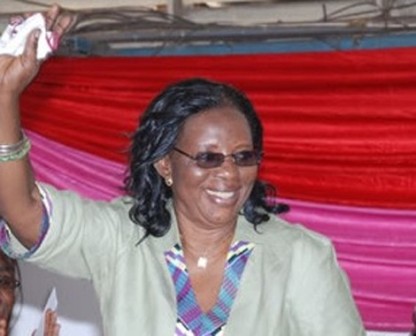 After over thirty years of warming the hearts of movie enthusiasts with her acting skills which earned her names like “Maame Jata” and “Obaa Gengen”, veteran Ghanaian actress Grace Nortey says she has regretted being an actress.

“After we have laboured to build the movie industry, we have been abandoned and nobody seems to care about us. No one will call to ask how we are doing and it hurts to know that you’re not been recognized for your efforts.

“I was inspired to go into acting because acting is ageless. I was told that even at age 100, one could still act but that seems not to be the case. I do not get any roles anymore. This is the situation other colleagues and I find ourselves in.”

Speaking to Showbiz last Thursday, the veteran actress said that the Ghanaian film industry being celebrated today would not have reached its height without the sacrifice and contribution of some important names like Grace Omaboe, Mac Jordan Amartey, David Dontoh, George Wlliams and a host of others.

Asked what could have accounted for that, she remarked “I don’t blame the movie directors but the scriptwriters. Most of the scripts they write are centered on the young guys and even in situations that they need old people for the role; they invite young people to play such roles. I just cannot understand why a young man would be disguised to play the role of an old man when there are old actors who can play such roles to perfection”.

“Most of the veterans whose names I have mentioned contributed to the movie industry when it was not a lucrative venture. They were inspired by sheer passion and love for the arts but today, are the young ones tapping into our skills and knowledge?” she asked.

“It will take nothing if they even check up on as regularly. As I am speaking to you now, Mac Jordan is sick and no one has paid him a visit which is sad. We need to be each other’s keeper. That is not what we did during our time. We gave the needed attention and care to those who were before us but things have really changed and nobody cares for anyone especially the old folks”.

The retired member of the Ghana Education Service staff who was recently honoured by the Women in Creative Arts last month could not hide her excitement for what she said was an opportunity to share love with those who cared for her.

“I am sure those who watched me on TV?saw how excited I was because it was an opportunity for me to enjoy myself. If nobody would invite me to come for his/her party, I should be grateful if some people decide to organise one for me. I really enjoyed the music and I must say that I really appreciated that honour because I realised that all wasn’t lost and that some people still appreciated me” she added.

Reminiscing the past, Grace Nortey who often played the role of a wicked mother-in-law said that she is quite different from that character.

She admitted that even though in the past, people gave her unpleasant looks in public which she conceded was influenced by her roles; it did not her “because I knew I was doing what I love to do. Up to today, many people call me ‘mother’ even though I am not their biological mother. I am not a wicked person and I can never be”.

The retired Ghana Education Service employee admitted that even though the movie industry has developed, she was particularly worried about the stereotyped love stories which seem to be the order of the day and called for more interesting themes.

For now, her only concern is that the younger ones in the movie industry would appreciate the old actors since it is the foundation that they laid which is benefiting them today.