A Qube and Choirmaster Sing About Holes – Another ‘Tonga’ for X’mas? 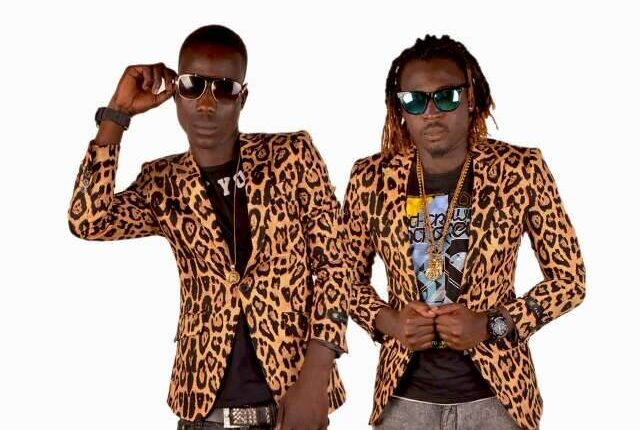 About a year ago, hiplife artiste Joy B released a song that became an instant hit especially during the yuletide and the early part of this year.

The song called Tonga that featured Sarkodie stoked huge controversies as music fans and pundits sought to interpret it as one with risqué and sexually suggestive lyrics.

While the composer explained ‘Tonga’ as an acronym for ‘The Only Nice Girl Around,’ most people thought it was just a smart move to explain away the meaning of the song. They thought ‘tonga’ rather meant ‘the female sex organ’ and that the song was basically about sex. While some called for its ban, others supported it till it even won Joey B the New Artiste of the Year award at the Vodafone Ghana Music Awards.

This year there is another song already out which has words that most people may term ‘double entendres.’ The song titled Tokuro by A Qube which features the Choirmaster talks about holes.

‘Tokuro’ is a very danceable song with strong African rhythm laced with A Qube and Choirmaster’s perfect vocal delivery.

According to Choirmaster who featured on the song, A Qube’s Tokuro is a creatively made piece that plays with words to entertain and inspire. “It takes real good artistes like A Qube to creatively use words in this manner. I like how they played around the word

Tokuro is an Akan word which literally means ‘hole.’ In the song Tokuro, A Qube relates the nature and types of holes to human life. It talks about the fact that life is like different holes; some are small, others are large, some are bushy and other are hard to enter. To wit, no matters circumstances that may come one’s way to constrict and obstruct their progress in what they do, they need to be determined.

“Musicians are like poets. We use figures of speech and literary devices to show the beauty of the arts of our compositions,” they told Razz newspaper.

Asked if they were not hiding behind puns and literary devices to do profane songs, they answered in the negative.

“We don’t do profane songs. If you listen to our songs critically you would realize they are rather inspirational. We know society frowns on profanity so there is no way we would do profane songs. Our songs are deep. One needs to dig deeper to appreciate the content of the songs we do. However, since music is a work of art, it is subjective and everyone has the right to interpret the lyrics to suit their own interests,” A Qube further explained.

The Koforidua – based music duo comprises Kugbonu Ofosu Maxwell (Alaska) and Ackom Dickson (Ziggy). A Qube came to the limelight in 2004 when they released their first single titled Oga Police.

They followed with another song titled I dey Kolo in the following year followed by Kye No By Force featuring Pooley rapper, Guru. The remix version of

Kye No By Force featured Kesse and DS, another great music sensation with international appeal, who doubles as the Chief Executive Officer of Don Saint Entertainment, the Record Label that handles A Qube.

Their songs, Tena Faako, Diana and Martha are topping music charts across the length and breadth of the country and the latest Tokuro is just about taking the whole nation by storm.