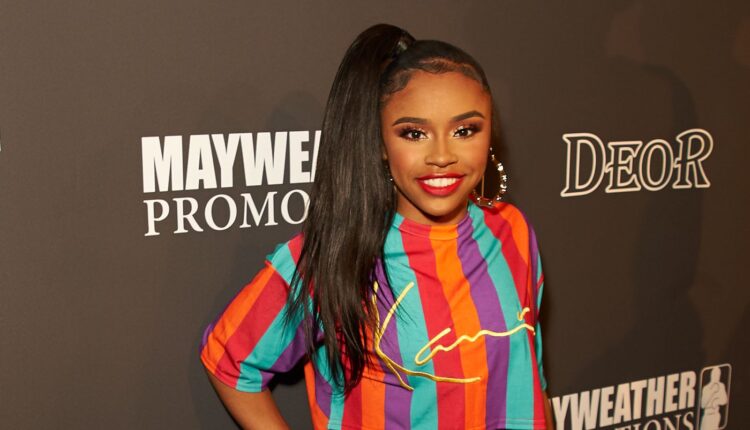 The daughter of world-famous boxer Floyd Mayweather has been sentenced following a violent altercation back in 2020.

According to court documents, 22-year-old Iyanna Mayweather pled guilty to the stabbing, which reportedly took place inside the home of her child’s father, NBA YoungBoy on April 4, 2020.

Mayweather, who was 19 at the time, pled guilty to an aggravated assault with a deadly weapon charge. On Thursday, she received Deferred Adjudication of Guilt and was sentenced to six years of probation.

As part of the plea agreement, she will avoid prison.

A deferred adjudication is a special form of judge-ordered probation that allows Iyanna to accept responsibility for a crime without an actual conviction placed on record. Under her sentence, Iyanna will need to abide by the following:

A representative for the Harris County Precinct 4 Constable’s Office said that Iyanna, also known as “Yaya,” was arrested at a Houston residence for felony aggravated assault with a deadly weapon around 1 a.m. local time on Saturday morning, and taken to Houston’s Harris County jail. She was later released on bond.

The victim, a 35-year-old black female, suffered multiple lacerations to her arm and was transported via ambulance to a hospital for non-life-threatening injuries. The victim underwent surgery and is stable.

TMZ reports that Mayweather confronted YoungBoy and the victim at his Houston home, and said that she was YoungBoy’s fiancee. When the confrontation moved to the kitchen, Mayweather reportedly attacked the victim with two knives.

YoungBoy didn’t address the reports directly, though he did tweet “Hold it down for your love ones up in heaven and they will do the same I’m very blessed and protected if you ask me,” he wrote.

Trevor Noah Returns As Host Of The 2023 Grammy Awards