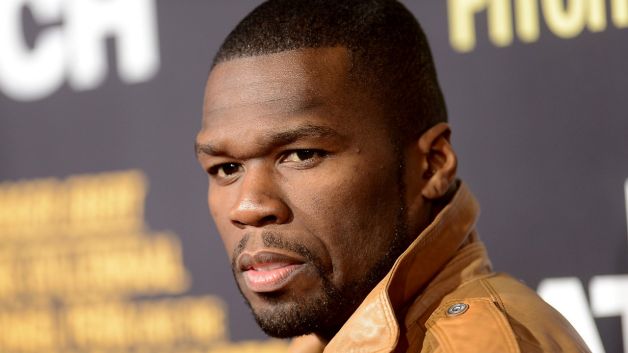 50 Cent is a busy guy. Between his music, movies and merchandising, there’s virtually no entertainment pot that the New York native doesn’t have his hand in. We caught up with him at a red carpet event promoting a partnership with the Jersey Shore’s Pauly D recently, where he weighed in on the reality star, his fitness book’s importance to hip hop culture, and he responded to kind words from Fat Joe.

In signing Pauly to G-Unit, 50 made a power move given the Rhode Island DJ’s popularity. “I knew that he was in a position within pop culture, that he wouldn’t just go away,” he said adding that Pauly’s “passion” for music is why their teaming “makes sense.”

When he’s not thinking of ways to further turn his brand into a financial success, the Grammy winner is also focused on using the power of his influence to help others.

With health scares temporarily sidelining rappers like Rick Ross and Lil Wayne in the last several months, the timing was perfect to drop his Formula 50 book. “It’s important for a lot of reasons within childhood obesity within America, but hip hop is a culture [where] there is a youthful driven demographic connected to it,” he tells BET.com. “It makes perfect sense that you offer that in a different way. Sometimes people don’t look at the message. They concentrate on the messenger so much that they can’t even hear it. So hearing it from me may make a difference, and it may hold their attention long enough for them to actually make some changes.”

Aside bringing in millions upon millions in various business deals, 50 is equally infamous for beefing with other artists. In fact he’s turned the craft into a profitable marketing scheme. He and Fat Joe famously went against each other in the past, but both sides have since called a truce. Earlier in the week, Joe reiterated to MTV’s RapFix Live that “it’s love” between he and 50, and the feeling is still mutual. “Fat Joe is somebody that — within hip hop culture and music culture — is someone that I’ve watched before my records took off,” he explained. “It’s the competitive nature of the art form, it puts us in positions where we gotta’ battle.”

Once again noting the “untimely” death of longtime friend and manager Chris Lighty last summer, both men attending the funeral helped them “let something small go, for something bigger,” and officially bury the beef.

Now that they’re both on a positive page, perhaps the peace treaty will result in a music collaboration or “something bigger” like a fitness book, since they both now share a passion for the topic.

“There’s a lot of opportunities out there,” 50 said, leaving the window open for his relationship with a one-time rival to grow into something really uplifting to the culture.

We’ll just have to wait and see.