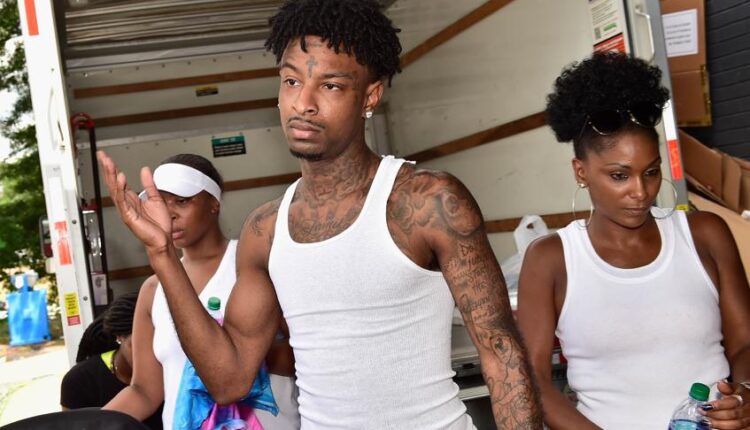 Rapper 21 Savage, who claims to be from Atlanta’s Zone 6, has been arrested by the U.S. Immigration and Customs Enforcement (ICE).

Federal agents tell our investigative partners at the Atlanta-Journal Constitution:

His attorney, Dina LaPolt, tells TMZ, “We are working diligently to get Mr. Abraham-Joseph out of detention while we work with authorities to clear up any misunderstanding. Mr. Abraham-Joseph is a role model to the young people in the country — especially in Atlanta, Georgia and is actively working in the community leading programs to help underprivileged youths in financial literacy.”

Mr. Abraham-Joseph initially entered the U.S. legally in July 2005, but subsequently failed to depart under the terms of his nonimmigrant visa and he became unlawfully present in the U.S. when his visa expired in July 2006. In addition to being in violation of federal immigration law, Mr. Abraham-Joseph was convicted on felony drug charges in October 2014 in Fulton County, Georgia.

Abraham-Joseph, 26, has claimed to be from Atlanta and has long been considered a local act. Just last fall, he gave free school supplies to more than 2,500 DeKalb County school students.

Cox said Abraham-Joseph is an “unlawfully present United Kingdom national” who legally entered the U.S. in July 2005 on a visa. His visa expired a year later, Cox said.

He was also convicted of felony drug charges in 2014 in Fulton County.

Abraham-Joseph has been placed in “removal proceedings before the federal immigration courts,” Cox said.

He performed in Atlanta as recently as Thursday in the Super Bowl Music Fest at State Farm Arena.