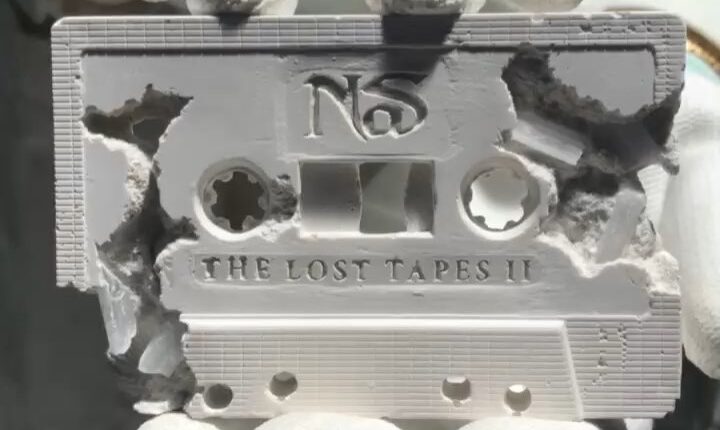 What y’all been waiting for is is probably on its way.

Yes, Nas has announced the much anticipated project ‘The Lost Tapes 2’ in an incredible way.

Taking to Instagram, Nas posted a video of himself in a white lab coat holding a broken white cassette tape with The Lost Tapes II written on it.

He has been teasing the release of his new album The Lost Tapes 2 for a while now.

Back in 2016, the legendary emcee said that he had even more planned in the series and that part 2 was on the way.

Over £22,000 Raised For Homeless Ghanaian ‘Stormzy…